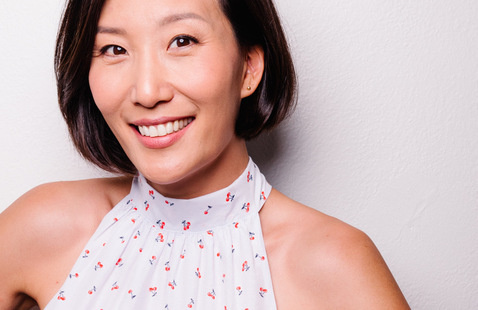 The public is invited. Admission is free, although advance registration is required. Registration information is available at the event’s listing at calendar.hope.edu.  Out of an abundance of caution due to the ongoing global COVID-19 pandemic, there will be no in-person audience.

Esther K. Chae has numerous credits. Her most recent film role is in “Soul” as the voice of Miho.  This Yale School of Drama alumna’s appearances also include television programs such as “NCIS,” “Law and Order: Criminal Intent,” “The West Wing,” “24,” “The Shield” and numerous national commercials. Her theatre credits include Yale Repertory Theater, La Mama, Mark Taper Forum / Kirk Douglas Theater and Harvard/A.R.T. She teaches “Advanced Acting for TV and Film” at Emerson College Los Angeles.

Chae is also a “K-Hollywood” consultant for the entertainment industry.  She works extensively on collaboration between Hollywood and the Korean community on projects that need her bi-cultural and bilingual skills.  As a consultant, she has worked extensively in the entertainment business for the past two decades on major hits such as “World of Dance” (NBC), “Black Panther” (Marvel), “Lost” (ABC) and other high-profile projects.

She is an inaugural TED Fellow and has presented her talks at TED, TEDx, Arts Council of Korea and numerous other conferences. As a speaker coach, she teaches students how to craft effective presentations for business at Yonsei University (Seoul), and has worked with companies such as Sephora, Google, Cushman and Wakefield, XPrize, Overseas Koreans Foundation and other prominent private clients.

Chae has been covered by the New York Times, Los Angeles Times and Hollywood Reporter. Her life in Hollywood was the subject of a Korean Broadcasting Station (KBS) documentary.

The lecture is being presented by the college’s Center for Diversity and Inclusion in collaboration with Asian Student Union and the GROW diversity council and The Center for Global Engagement..