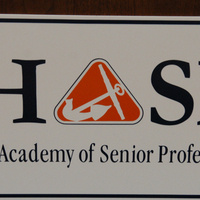 Biographer Hendrik “Hank” Meijer will discuss longtime Michigan senator Arthur Vandenberg and his role as a bipartisan consensus builder on Tuesday, Feb. 5, at 9:30 a.m. in the Concert Hall of the Jack H. Miller Center for Musical Arts at Hope College.

Meijer, who is executive chairman of Meijer Inc., is the author of “Arthur Vandenberg: The Man in the Middle of the American Century,” published in the fall of 2017 by the University of Chicago Press, and was the executive producer of the 2011 documentary “America’s Senator: The Unexpected Odyssey of Arthur Vandenberg.”  The event is cosponsored by the Hope Academy of Senior Professionals (HASP) and the college.

Originally the editor and publisher of the Grand Rapids Herald, Vandenberg served as a Republican U.S. senator from Michigan from 1928 until his death in 1951.  Opposed to most of Franklin Delano Roosevelt’s domestic policies and a leading isolationist prior to the U.S. entry into World War II, he subsequently supported the war effort and worked closely with Democratic administrations to build the strong bipartisan consensus that established the Marshall Plan, the United Nations and NATO.

“One pundit proposed Arthur Vandenberg be ‘president of the world,’” Meijer has written.  “Edward R. Murrow called him ‘the central pivot of the era’.  With the advent of the Cold War, Americans turned to him for guidance and wisdom — for the very security that had been his lifelong obsession.  Decades later, the qualities that defined him are again in demand.”

Meijer, who worked as a reporter and editor before joining Meijer Inc., is also the author of a biography of his grandfather, “Thrifty Years: The Life of Hendrik Meijer.”  He will be available to sign copies of “Arthur Vandenberg: The Man in the Middle of the American Century,” which will be available for purchase, in the Meijer Lobby of the Jack H. Miller Center for Musical Arts following his presentation.

The Jack H. Miller Center for Musical Arts is located at 221 Columbia Ave., between Ninth and 10th streets.