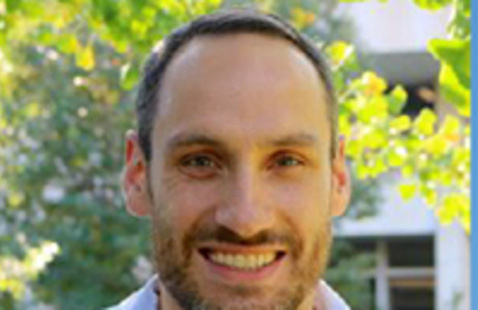 A. Paul Schaap Science Center, 1000 View map
Add to calendar
Save to Google Calendar Save to iCal Save to Outlook

Join the Chem Club and Chemistry Faculty at 3:30 p.m. for donuts and cider in the atrium!

Transition metal oxo complexes, particularly those of later transition metals, have been cited as important
intermediates in processes such as C–H hydroxylation and oxygen evolution. However, these species are
highly reactive and thus often difficult to isolate and study. In this talk I will present our laboratory’s efforts at
isolating and studying late transition metal oxo complexes. We have found that use of pseudo-tetrahedral
geometries enables the isolation of an unusual terminal Co-oxo complex. The reactivity of this species towards
C–H activation is markedly different than that observed for the majority of other systems and provides
experimental evidence for a new mechanistic scenario arising from imbalanced thermodynamic driving forces.,
We show that far from being unique to this system, such “imbalanced” transition state effects are general and
are also fully compatible with quantum mechanical nonadiabatic CPET reactions., Finally, we will show how
tuning the relevant thermodynamic contributions to CPET reactivity allows for optimization of reaction rates.

John was born in Downers Grove, a suburb about 40 minutes west of Chicago. He acquired his
interest in chemistry at an early age from his grandmother, who was a chemist at Abbott
Laboratories in North Chicago. Seeking to further his study of science, John matriculated at the
University of Chicago. Once there, John quickly joined the laboratory of Professor Greg Hillhouse. It
was in the three years that John spent in Greg's lab that he found his love for inorganic chemistry.
During this time, John focused on researching phosphine complexes of Ni, specifically with respect
to their reactivity with small molecules such as carbon dioxide and carbon disulfide.

After graduating John began his graduate studies in Boston at MIT in the group of Professor Jonas
Peters. His time in Boston was to be short-lived however, as the Peters group moved to the
California Institute of Technology in sunny Pasadena, CA quickly thereafter. John also made the
move and received his Ph.D. from Caltech. John's thesis centered around a discrete Fe complex
that mediates catalytic nitrogen fixation to ammonia.

After finishing his thesis, John came to Northwestern to work in the laboratory of Dave Harris.
During this time, John has focused on materials, particularly metal organic frameworks. A central
theme is the ability to stabilize reactive species, such as low coordinate dioxygen adducts, within
metal organic frameworks thus allowing their characterization and study.

In his independent career, John and the Anderson group have been interested in linking the
physical properties of transition metal centers, particularly their spin and radical character, to
reactivity and bulk properties.