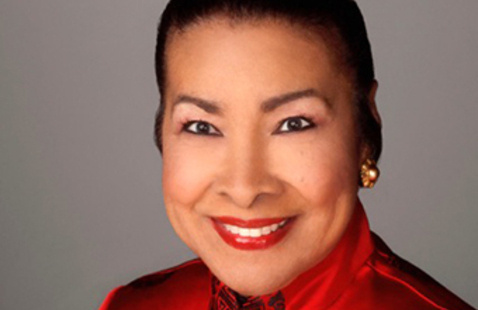 Dimnent Memorial Chapel, Auditorium View map Free Event
Add to calendar
Save to Google Calendar Save to iCal Save to Outlook

This year’s Dr. Martin Luther King Jr. Civil Rights Lecture at Hope College will feature a speaker who worked with the revered civil rights leader and his wife.

Xernona Clayton, a nationally renowned activist, television personality, CEO and philanthropist, will present the address “MLK: A Legacy of Love, Faith, Commitment and Sacrifice,” on Monday, Jan. 20, 2020, at 2 p.m. in Dimnent Memorial Chapel.  Taking place during national Martin Luther King Jr. Day, her lecture will focus on her personal relationship with Dr. and Mrs. King.

Xernona Clayton is the founder, president and CEO of the Trumpet Awards Foundation Inc. and creator of the foundation’s prestigious Trumpet Awards, which highlight African American accomplishments and contributions.  Initiated in 1993 by Turner Broadcasting, the Trumpet Awards event has been televised annually and distributed internationally to more than 185 countries around the world.

She moved to Atlanta in 1965 where she accepted a position with the Southern Christian Leadership Conference and worked closely with the late Dr. Martin Luther King, Jr.  She also traveled extensively with Coretta Scott King on her nationwide concert tours.

“The Peaceful Warrior” a biography of Dr. Martin Luther King Jr. authored by her late husband Ed Clayton and co-authored by Xernona in the revised editions, has been published in several languages.  Xernona Clayton’s autobiography, “I’ve Been Marching All the Time,” was published in 1991.

Clayton began her television career in 1967 and became the South’s first black person to have her own television show.  The Xernona Clayton show was a regular feature on WAGA-TV, CBS affiliate in Atlanta.

Dedicated to promoting racial understanding, Clayton has been a leader in civic projects and civil rights activities for several years.  In 1966, she coordinated the activities of Atlanta’s black doctors in a project called Doctors’ Committee for Implementation, which resulted in the desegregation of all hospital facilities in Atlanta.  This project served as a model and a pilot for other states throughout the country and received national honor from the National Medical Association for its impact.

Her persistent fight against prejudice and bigotry was never more apparent than in 1968, when the grand dragon of the Ku Klux Klan denounced the Klan and credited her influence with his change.

Along with her other honors, she has received the first Coretta Scott King Award from the SCLC (Southern Christian Leadership Conference), the Madam C.J. Walker Award from EBONY’S Outstanding Women in Marketing and Communications and the Outstanding Corporate Professional Award from the PowerNetworking Family. The Atlanta City Council honored her by naming a street and a park in downtown Atlanta.

Upon the announcement of Clayton’s appointment as the first black female corporate executive, Ted Turner said, “Xernona has an impressive record of accomplishments and we are proud to recognize her commitment to bettering human relations with this promotion.”

Clayton’s presentation is sponsored by Herman Miller Inc. and the college’s Center for Diversity and Inclusion, multicultural student organizations and GROW Collaboration, and will be taking place as part of the college’s annual Civil Rights Celebration week.  The week honors all persons and groups who have worked toward the advancement of civil rights and social justice, and is organized in conjunction with the national commemoration of the life of Dr. Martin Luther King Jr.