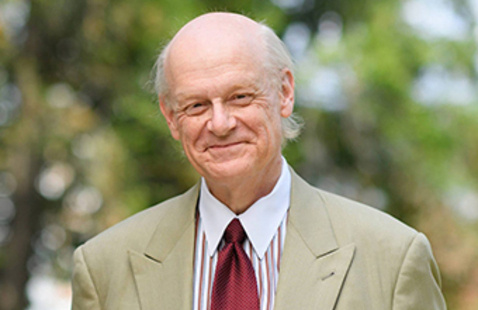 Graves Hall, 112 Winants Auditorium and Gallery
Add to calendar
Save to Google Calendar Save to iCal Save to Outlook

A tantalizing historical might-have-been will be the focus of the address “What if Lincoln Had Lived?” by world-renowned Lincoln scholar Dr. Allen C. Guelzo of Princeton University on Friday, Sept. 16, at 6:30 p.m. at Hope College. The event will take place in Winants Auditorium of Graves Hall and online through Google Meet, and is scheduled in advance of the Sept. 17-18 Van Raalte Farm Civil War Muster.

Guelzo is the Senior Research Scholar in the Council of the Humanities and Director of the Initiative on Politics and Statesmanship in the James Madison Program at Princeton.

He has won book awards for “Abraham Lincoln: Redeemer President,” “Lincoln’s Emancipation Proclamation: The End of Slavery in America,” and “Lincoln and Douglas: The Debates That Defined America.” His articles and essays have appeared in scholarly journals, and also in The Wall Street Journal, The Christian Science Monitor, The New York Times, The Atlantic, The National Interest, The Weekly Standard, The Washington Post, and the Los Angeles Times. He has been featured on NPR, the Discovery Channel, the National Geographic Channel, Brian Lamb’s Booknotes and The Daily Show with Jon Stewart.

His most recent books are “Reconstruction: A Concise History” and “Robert E. Lee: A Life.”  His website is allenguelzo.com.

Guelzo’s presentation on Friday, Sept. 16, is through the “Holland Van Raalte Farm Civil War Muster Community Education Initiative,” a partnership between Hope and the Van Raalte Farm Civil War Muster.  The partnership is funded by a sub grant through “There’s No Place Like Home: The Andrew W. Mellon Foundation Community-Based Partnerships Presidential Initiative of Hope College and Holland, Michigan.”

The Van Raalte Farm Civil War Muster, the 13th annual, will take place on Saturday, Sept. 17, from 9 a.m. to 9 p.m., and on Sunday, Sept. 18, from 9 a.m. to 4 p.m.  On-going features throughout the two days will include military and civilian encampments, presentations, sales of authentic Civil War items and a variety of souvenirs by vendors, Civil War music and food.  There will also be reenactments of the Battle of Antietam at 2 p.m. on each of the two days.

Guelzo will also speak at the muster, on Saturday, Sept. 17, at 11 a.m. on the porch of the farmhouse at Van Raalte Farm.  The topic on Saturday will be “Our Shadow in the Storms: Ulysses S. Grant, The First Civil Rights President.”

The public is invited to the muster and its events, and admission is free.  Additional information about the muster is available at vanraaltefarmcivilwarmuster.com

Information about Hope College events is located at hope.edu/calendar

Graves Hall is located at 263 College Ave., between 10th and 12th streets.  The Van Raalte Farm Park is located west of Country Club Road between 16th and 24th streets, and the address of the farmhouse is 1076 16th St.