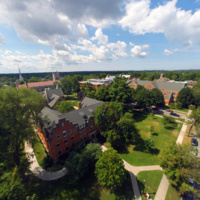 Abstract: Physically-soft mechanical sensors are poised to unlock exciting new applications in wearable devices, robotics, and human-machine interfaces. Typically with these sensors, tuning their properties through the device geometry is a challenge. A promising development in soft mechanical sensors is hierarchically-patterned structures within the sensor, which enables both deformation selectivity and the ability to tune, and potentially reconfigure, sensing properties.

She founded The MicroSMITHie Lab at Smith College to investigate micro- and miniature-scale sensor design and to prepare undergraduates for graduate study in engineering. Her current research interests include novel morphology soft sensors, stability concerns for soft-material sensors, and sensors for soft robots and wearable medical devices.