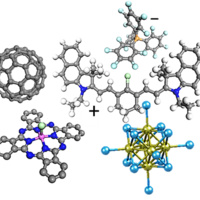 Solar energy offers a viable solution to our growing energy demand, but adoption has been hindered by cost, aesthetics, and difficulties with integration. Excitonic materials offer new opportunities for unique solar harvesting science and applications that can help accelerate solar deployment in new areas previously inaccessible. In this talk I will introduce our pioneering work on developing highly transparent photovoltaics (TPVs) that can maximize the transparency and efficiency for seamless solar harvesting around buildings, automobiles, mobile electronics, and greenhouses. These devices are enabled by the manipulation of excitonic semiconductor materials with selective harvesting in the invisible components of the solar spectrum. I will describe key photophysical properties, outline the thermodynamic and practical limits for a range of TPVs, and discuss the ongoing commercialization for a variety of applications. TPVs ultimately represent a new paradigm for solar energy harvesting that could generate nearly half of the US electricity demand when deployed at full-scale, while also creating additional functionality in managing solar heat.

Biosketch: Richard R. Lunt is the Johansen Crosby Endowed Professor at Michigan State University where his group focuses on understanding and exploiting excitonic photophysics and molecular crystal growth to develop unique thin-film optoelectronic devices. He earned his B.S. from the University of Delaware in 2004 and his Ph.D. from Princeton University in 2010. While building his lab at Michigan State University he worked as a postdoctoral associate at MIT until 2011. He has been awarded a number of prestigious awards including the NSF CAREER Award, the Camille and Henry Dreyfus Mentor Award, the DuPont Young Investigator Award, the APS Ovshinsky Award, and was named to the Technology Reviews’ Top 35 Innovators Under 35. He has also won a number of teaching awards. He is the inventor of over 25 patents, is a founder of Ubiquitous Energy Inc., and is an Associate Editor of Science Advances.