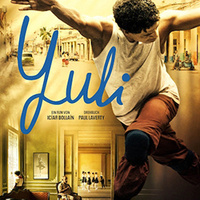 Ending the series will be “Yuli,” showing Monday-Saturday, Nov. 11-16. Based on a true story, the film follows Cuban dancer Carlos Acosta, nicknamed Yuli by his father. Although Carlos initially does not want to dance, his father believes that ballet will bring his son discipline and enrolls Carlos into a dance class. As time goes on, Carlos eventually works his way to the country’s National Dance School and performs at London’s Royal Ballet. He becomes a phenomenon in the dance world as well as the first black dancer to perform some of the most famous ballet roles. The film is based on Acosta’s memoir “No Way Home,” and features Acosta dancing. Dance Magazine has said, “Impressive dance sequences aside, the film has a rock-solid emotional core.”  The film is not rated, and is Spanish with English subtitles.