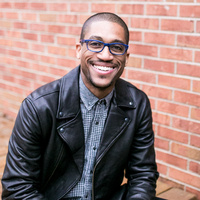 Mike Kelsey is the Campus Pastor of McLean Bible Church’s Montgomery County location, in Rockville, Maryland, as well as a member of the McLean Bible Church (MBC) Teaching Team. MBC is a large congregational family consisting of five campuses around the Washington, DC metro area. Prior to his current position, Mike served faithfully in other pastoral roles, such as Pastor of MBC’s Frontline Silver Spring. Born into a strong lineage of Washington, DC pastors, which includes both his father and grandfather, Mike was reared with a strong foundation in the Gospel. Mike fully surrendered himself to Christ as a student at the University of Maryland, College Park and after earning his Bachelor of Arts degree in Rhetoric and Political Culture in 2004, he went into full-time ministry with the Luis Palau Association, helping to organize evangelistic festivals in major U.S. cities. Eventually, he accepted the call to join the pastoral staff of McLean Bible Church in 2007. Mike is passionate about advancing the Gospel in multiethnic contexts and longs to see emerging generations invest their lives for God’s glory. He is married to his college sweetheart, Ashley, and they have three young children, Ava, Michael III, and Jackson.