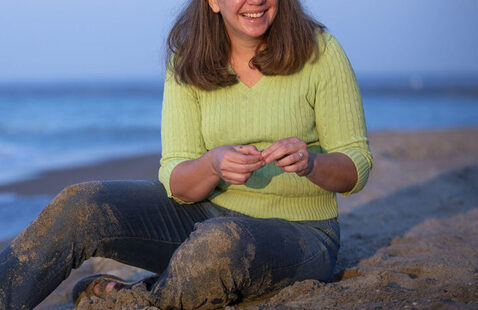 Anderson-Werkman Financial Center, HASP Classroom View map
Add to calendar
Save to Google Calendar Save to iCal Save to Outlook

The study of plastic pollution started in the worlds’ oceans, most famously focused on what has been called the ‘Great Pacific Garbage Patch.’ Despite a United Nations’ report suggesting that 80% of this oceanic debris came from land, very little research has focused upon freshwater systems even though they act as conduits from land to sea.

Our research group was among the first to study plastic pollution within freshwater systems. Our work started within the largest freshwater ecosystem in the world: the Laurentian Great Lakes of North America. It has evolved into numerous other related studies. Most recently our work captured international attention with our studies showing the pervasiveness of microplastics within basic human consumables: Tap Water, Beer, Sea Salt and Bottled Water.

Dr. Mason will present an overview of what plastic is, its proliferation in our society, and its emergence as one of the most prominent environmental pollutants.

Dr. Sherri A. Mason (aka “Sam”) earned her bachelor’s degree from the University of Texas at Austin.  She completed her doctorate in Chemistry at the University of Montana as a NASA Earth System Science scholar. While a Professor of Chemistry at SUNY Fredonia, her research group was among the first to study the prevalence and impact of plastic pollution within freshwater ecosystems.

Sam has been featured within hundreds of mass media articles including the BBC, The Guardian, the New York Times, the Huffington Post, and National Public Radio’s All Things Considered and Studio A1. Her work formed the basis for the Microbeads-Free Water Act, which was signed into law by President Obama in December 2015. Similar legislation has been approved or is being considered at various locations internationally. Among her accolades Dr. Mason has been awarded:

EPA Environmental Champion in 2016;
Excellence in Environmental Research by the Earth Month Network in 2017
Heinz Award in Public Policy in 2018
She has recently moved into a new role as Sustainability Coordinator at Penn State Behrend.

The Gentile Interdisciplinary Lectureship at Hope was established in 2005 by faculty colleagues, former students, and friends of Dr. James Gentile. Gentile joined the Hope faculty in 1976 and served as dean for the Natural and Applied Sciences Division from 1988 to 2005, when he became president of Research Corporation, a private foundation in Tucson, Arizona, that supports basic research in the physical sciences. After retiring from Research Corporation, he returned to Hope to serve a two-year appointment as dean from July 2013 through June 2015.

Dr. Mason’s visit is made possible by a gift to the Gentile Lectureship from the Kavli Foundation of Oxnard, California. The Kavli foundation is dedicated to advancing science for the benefit of humanity, promoting public understanding of scientific research, and supporting scientists and their work.