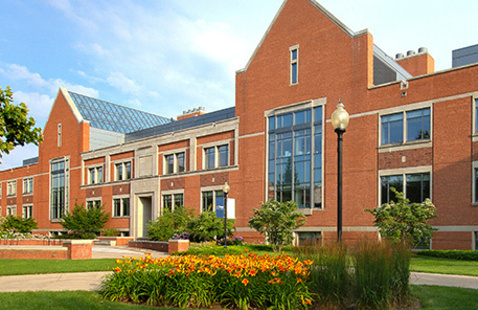 A. Paul Schaap Science Center, 2128 View map
Add to calendar
Save to Google Calendar Save to iCal Save to Outlook

We often take the solid ground for granted—an unchanging boundary condition to our lives going on over top. However, from a geological point of view, the ground is quite dynamic, moving and shifting underneath us. This includes the-perhaps-not-perfectly-named passive margins, such as the Gulf coast of the United States, which are a lot more dynamic then the name passive might suggest. No, they don’t get called ‘ring of fire’—but the presence of gravity, salt and shale makes for a lot of folding, faulting, and subsurface movement nonetheless. This deformation also contributes to making the Gulf of Mexico and other similar passive margins world class hydrocarbon basins—still the largest source of our energy needs.
Shale tectonics are critical for understanding the deformation and structures on these passive margins. As large rivers pour sediment into ocean basins, that sediment accumulates in deltas, which progressively load the crust and eventually start to deform under their own weight and gravitational load. Updip (landward) extension must be accommodated volumetrically somewhere, resulting in downdip (oceanward) contraction in fold and thrust belts. These two domains are linked through the deformation of mobile and overpressured shales, as observed in areas such as the Niger Delta, and the Port Isabel and Mexican Ridges fold belts in the Western Gulf of Mexico.
Since the earth is a very complex system, we use many different methods to directly and indirectly observe and investigate these structures and their formation. In particular, we can create simplified models of delta systems in the lab using clay slurries. By creating simplified delta systems with linked extension and contraction, we can test different variables in the systems such as the strength and composition of the clay, the timing and loading of the sediments, and their position within a sedimentary sequence. Understanding how shale systems deform and move allows us to better predict future deformation, as well as gain insight into how hydrocarbons move through those systems over time.