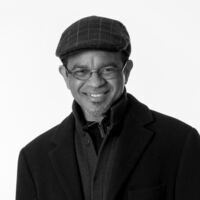 Dr. Médar Serrata of the Grand Valley State University faculty will share reflections on the dictatorship of Rafael Trujillo in the Dominican Republic and the historical novel “In the Time of the Butterflies” on Wednesday, Oct. 9, at 5 p.m. at Hope College in the Schaap Auditorium of the Jim and Martie Bultman Student Center.

The presentation, which will include an opportunity for audience discussion, is scheduled in conjunction with national Hispanic Heritage Month and in anticipation of this year’s NEA Big Read Lakeshore.  The public is invited, and admission is free.

Trujillo ruled the Dominican Republic from 1930 until his assassination in 1961.  “In the Time of the Butterflies,” which was written by Julia Alvarez and is this year’s NEA Big Read Lakeshore selection, tells the story of the four Mirabal sisters — Patria, Minerva, Maria Teresa and Dede — who were among the leading opponents of the regime.  Because of their activism, Patria, Minerva and Maria Teresa were murdered on Nov. 25, 1960.

Serrata, who is an associate professor of Spanish at Grand Valley State University, was born in the Dominican Republic in the 1960s and raised there the 1970s and 1980s.  His scholarly work focuses on the cultural production of the Hispanic Caribbean, and especially of the Dominican Republic, and he wrote his doctoral dissertation on the Trujillista intellectuals.  His publications include the book “La poética del trujillismo: Épica y romance en el discurso de ‘La Era,’” which received the Dominican national award in the essay category in 2018, and two volumes of poetry, “Las piedras del ábaco” (1986) and “Rapsodia para tontos” (1999). In addition, he has had his poems published in anthologies in the Dominican Republic, Puerto Rico, the United States, Mexico, Argentina, Uruguay, Brazil, Italy and Spain.

The presentation and discussion are sponsored by the college’s Center for Diversity and Inclusion in cooperation with the NEA Big Read Lakeshore, Department of English, the Arts and Humanities Division and Hope’s Latino Student Organization.  Copies of “In the Time of the Butterflies” will be available for purchase at the event, as will the two books being featured through the Little Read Lakeshore:  the middle-grade book “Before Were Free,” which is also by Alvarez, and the children’s picture book “The Rooster Who Would Not Be Quiet!” written by Carmen Agra Deedy and illustrated by Eugene Yelchin.

National Hispanic Heritage Month runs Sept. 15 to Oct. 15.  Additional information about this year’s NEA Big Read Lakeshore, which will begin with a kick-off event on Oct. 28 and continue through late November, can be obtained at hope.edu/bigread.