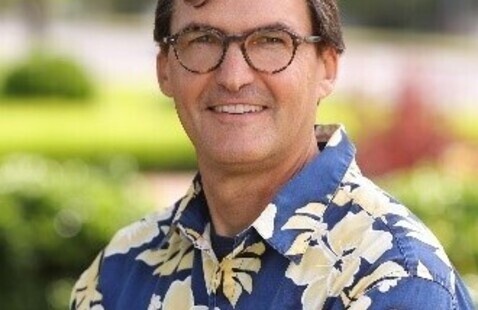 A. Paul Schaap Science Center, 1000 View map
Add to calendar
Save to Google Calendar Save to iCal Save to Outlook

Iron(II)-to-titanium(IV) metal-to-metal-charge transfer (MMCT) is important in some solid-state metal-oxide photocatalysts and has been invoked to explain the blue color of sapphire, blue kyanite, and some lunar material, yet molecular examples of this phenomenon have not been investigated. We have prepared a series of complexes with alkynyl linkages between ferrocene (Fc) and Cp2TiIV and investigated the charge transfer by UV-Visible absorption spectroscopy, electrochemistry, TRTAS, and TD-DFT. All of the complexes with both Fc and Ti show an intense absorption between 540 and 630 nm that is consistent with assignment as an FeII to TiIV MMCT band. The energy of the MMCT can be manipulated through adjusting the ligand donor strength of the Cp ring on the Ti, which in turn impacts the excited state lifetimes.  Some discussion will be given to the case of a complex where the Cp ligands on TiIV are replaced by indenyl ligands.  Curiously, compared to its Cp analogue, the TiIV/III potential shifts anodically, whereas the FeIII/II potential shifts cathodically.  Lastly, strategies and progress toward increasing the excited-state lifetimes for possible use as photocatalysts will be shared.

BIO: Paul grew up in Clearwater, FL and then obtained his B.S. in Chemistry from Furman University (1986) followed by a Ph. D. from Stanford (1991).  Following postdoctoral work at Colorado State University, he took a one-year adjunct position at Occidental College.  After developing his own undergraduate research program at San Jose State University (1995 – 2003) he was called back to his alma mater, Furman University, in 2004.  His interest in transition metal photophysics began during undergraduate research with Professor Noel Kane-Maguire and was further developed during sabbatical research UCSB.  His present research activities focus on the synthesis and photophysical characterization of transition metal complexes of interest for optoelectronics.