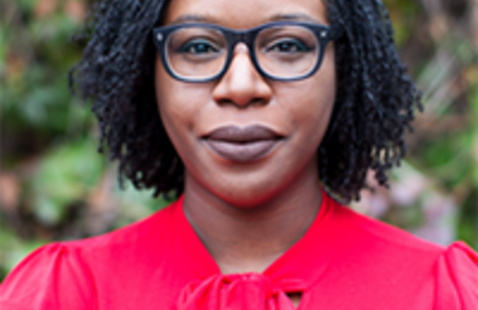 Martha Miller Center for Global Communication, Fried Hemenway Auditorium 135 View map Free Event
Add to calendar
Save to Google Calendar Save to iCal Save to Outlook

Hope College’s Jack Ridl Visiting Writers Series will feature Lesley Nneka Arimah and Marcelo Hernandez Castillo on Tuesday, Feb. 4. The authors will hold a question-and-answer session at 3:30 p.m. in the Fried-Hemenway Auditorium of the Martha Miller Center Global Communication, and a reading at 7:15 p.m. in the John and Dede Howard Recital Hall of the Jack H. Miller Center for Musical Arts.

The public is invited to both events.  Admission is free.

The two authors’ work spans the boundaries between cultures, genres, and perspectives. Although they write in different styles, both authors share a skill for expressing the tensions and complexities of relationships and belonging through fresh and surprising images.

Born in the UK, Lesley Nneka Arimah spent part of her childhood in Nigeria before moving to the United States in her early teens and graduating from Florida State University with a bachelor’s degree in English. Her fiction has appeared in the New Yorker, Harper’s, GRANTA, and McSweeney’s and has been recognized with a National Magazine Award and a Commonwealth Short Story Prize. Her debut short story collection, “What It Means When a Man Falls from the Sky,” won the 2017 Kirkus Prize and the 2017 New York Public Library Young Lions Fiction Award, among other honors. More recently, her story “Skinned” was awarded the 2019 Caine Prize for African Writing.

After immigrating from Mexico to the California Central Valley, Marcelo Hernandez Castillo became the first undocumented student to graduate from Helen Zell Writers Program at the University of Michigan. His poetry collection “Cenzontle” won the 2017 A. Poulin, Jr. Prize, the Great Lakes Colleges Association New Writer Award for poetry, and the 2019 Golden Poppy Award from the Northern California Independent Booksellers Association, among other awards. As the founding member of the Undocupoets campaign, Castillo has worked to eliminate barriers for undocumented poets. He currently teaches at the Ashland Low-Res MFA Program and at workshops for incarcerated youth, and his memoir “Children of the Land” is forthcoming at the end of January.

The reading will immediately follow the keynote event of the college’s commemoration of national Black History Month, “Jazz in the Fight for Civil Rights: Jazz as Activist Music,” which will take place on Tuesday, Feb. 4, at 5:30 p.m. in the Concert Hall of the Jack H. Miller Center for Musical Arts.  The lecture-performance will feature visiting musician and scholar Dr. Damani Phillips of the University of Iowa faculty as well as

More information about the reading can be found online at hope.edu/jrvws.

Audience members who need assistance to fully enjoy any event at Hope are encouraged to contact the college’s Events and Conferences Office by emailing events@hope.edu or calling 616-395-7222 on weekdays between 9 a.m. and 5 p.m.