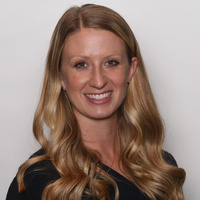 Lecture: Can Your Interests Combat Self-Interest?

Political theorist Dr. Brianne Wolf of the Michigan State University faculty will consider how to create a less fragmented and more civil society through the lecture “Can Your Interests Combat Self-Interest? Adam Smith on Good Taste, Moral Judgment, and Interpersonal Connection” on Monday, Sept. 20, at 7 p.m. at Hope College in Winants Auditorium of Graves Hall.

The event will also be livestreamed via the Hope College YouTube channel and on hope.edu/live.

Wolf will explore how economist Adam Smith’s concept of taste — defined as a shared aesthetic judgment developed through discussion and affective reasoning — can play a needed role in building bonds and overcoming differences in a liberal society (not liberal in the contemporary sense of “liberal” as opposed to “conservative,” but liberalism in the classical sense of consent of the governed and equality before the law).

As outlined in the presentation’s abstract, “Liberalism is plagued by many problems arising out of its privileging of the individual. In its effort to protect individual rights and the flourishing of markets, critics argue that liberalism also emphasizes self-interest over the common good. Liberalism suffers from attempting to accommodate diversity, divisions based on faction, self-interest turned greed and plunder in the marketplace, and tyranny of majority opinion.”

As a way of overcoming the excesses, the abstract explains, a shared consensus of taste “serves as a supplement to market relations and the legal framework of rights, fostering the moral possibilities of commercial society and the emotional connections between citizens that are necessary for a robust liberal politics.”

The model, the presentation’s abstract says, is more viable than relying on individuals to cultivate sympathy for others.

“Sympathy requires that one be other-regarding, forcing the individual to put another’s interests before his or her own. However, this can be quite demanding and requires moral training,” the abstract explains. “Taste offers a lower threshold for connection than sympathy because it is not based first on personal emotions, but instead on objective interests.”

Wolf is an assistant professor of political theory at James Madison College at Michigan State University. She specializes in the history of political thought with a focus on the Scottish and French Enlightenments, liberalism, moral judgment, and the interaction between economics and politics. She teaches in both the field of political theory and constitutional democracy, and in the political economy minor.

She has published on Jean-Jacques Rousseau, Adam Smith, Alexis de Tocqueville, and Friedrich Hayek, and her work can be found in History of Political Thought and edited volumes. Wolf is currently at work on a book-length study of the role of taste in solving problems of individualism in the liberal tradition in the thought of David Hume, Rousseau and Smith, and titled “Beyond Rights and Price: Liberalism with Taste.” She is also working on other projects analyzing the connections between the history of political and economic thought.

The Markets & Morality student organization aims to support and celebrate freedom of expression in the context of the liberal arts by hosting speakers and films on topics spanning the economic, political and cultural aspects of human civilization, with a special concern for human flourishing as understood in Christian perspective.