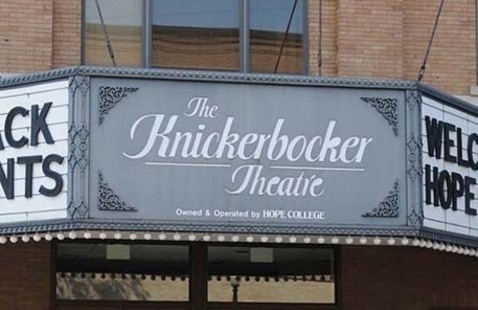 Hope College’s Knickerbocker Theatre will feature Steve McQueen, nicknamed the “King of Cool,” in its One Night Only Series that focuses on classic films. The series will feature four films on consecutive Mondays, opening with “The Magnificent Seven” on Feb. 28; continuing with “The Great Escape” on March 7 and “The Thomas Crown Affair” on March 14; and ending with “Bullitt” on March 21. All shows begin at 7:30 p.m.

While McQueen had some film roles early in his career, including the lead in the 1959 science fiction classic, “The Blob,” it was his television role as a bounty hunter in “Wanted: Dead or Alive” that made McQueen a household name in the late 1950s. A longtime fan of going fast, McQueen also earned money on the side by racing motorcycles, eventually becoming a regular winner during his weekend races. That love of speed never left him, as seen in “Bullitt” and “Le Mans.” Once his film career took off in 1961, he left television to bring his well-known “antihero” persona to films. Then, when he was the highest-paid actor in Hollywood, McQueen suddenly took four years off from films to drive around the country in a motorhome, racing motorcycles. McQueen died in Mexico in 1980 from a heart attack following surgery for what was defined by U.S. doctors as “inoperable cancer.” He was 50 years old.

McQueen’s breakout film was “The Magnificent Seven” in 1960, showing Feb. 28, and featuring a strong ensemble cast including Yul Brynner, Charles Bronson, Robert Vaughn, Brad Dexter, James Coburn, and  Eli Wallach. Based on the 1954 Japanese film “The Seven Samurai,” “The Magnificent Seven” is considered one of the best Western films ever made. In the American version, seven gunfighters are recruited by a poor, small village in Mexico to provide protection from a group of ruthless bandits who come and take their food every year. Although they are promised no money, the seven all agree for different personal reasons to face off against a much larger band of bandits. McQueen’s habit of frustrating people on movie sets showed up here as he famously angered Brenner with his scene-stealing exploits, especially since he really was fast on the draw.

McQueen’s next major film was “The Great Escape,” showing March 7 — another ensemble film, but this time with McQueen as the featured actor. Based on a true story, the film follows a group of British and American soldiers placed in a high-security Nazi prisoner-of-war camp who plan and execute a mass escape. The film features a host of 1960s stars, including James Garner, Richard Attenborough, Charles Bronson, Donald Pleasence, James Colburn and David McCallum.  McQueen’s character, Hilts, uses a motorcycle in much of the escape and in one chase scene, Hilts jumps a fence with the motorcycle, considered one of the all-time great film stunts. McQueen was not allowed to do the stunt due to insurance requirements on the film, so a friend of his did it instead.

“The Thomas Crown Affair,” showing March 14, cemented McQueen’s “cool” reputation. McQueen’s Thomas Crown character is a millionaire sportsman and businessman with no need for money. But just for the challenge, he orchestrates the robbery of more than $2 million from a bank. Insurance investigator Vicki Anderson (Faye Dunaway) is brought in to find him, with a promise of 10% of the heist if she discovers who committed the crime. She realizes that Crown is the culprit and tells him so, but she still needs evidence to convict him as the two become entangled in an affair. The movie was a major box office hit and was remade in 1999 — with another remake in the works.

The series ends with a rush as McQueen shows his love of speed in 1968’s “Bullitt” on March 21. McQueen plays San Francisco police officer Lt. Frank Bullitt, charged to guard a mobster witness for the weekend. When things go awry, Bullitt leads a fast-paced investigation, which at one point sets him up in one of the most legendary car chases in film history as two mobster hitmen chase Bullitt in his Ford Mustang for over nine minutes. Director Peter Yates called for the drivers to get up to 70-80 miles per hour, but the drivers clocked over 110 miles per hour many times during the three weeks it took the film the chase. McQueen was allowed to handle some of the driving, given his background as a motorcycle and car racer and because he now owned the production company making the film. The film also stars Jacqueline Bisset in one of her early breakout roles as Bullitt’s girlfriend.

Tickets are $5 and will be available at the door.

Due to the ongoing global COVID-19 pandemic, Hope is currently requiring that masks be worn by all individuals while indoors on campus unless in their living space or alone in their workspace.