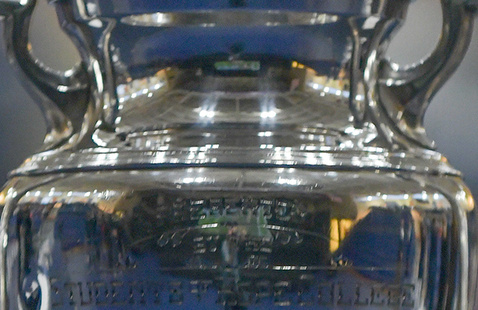 This year’s installment — the 86th since the traditional event began in 1936 — is being pre-recorded and will be shown exclusively online at hope.edu/live on Saturday, Oct. 24, at 7 p.m.  Out of an abundance of caution due to the ongoing global COVID-19 pandemic, there will be no in-person audience.

Nykerk features members of the freshman and sophomore classes — the classes of 2024 and 2023 this time — competing in song, plays and oration.  In a typical year, the event takes place in the college’s Richard and Helen DeVos Fieldhouse, and the students in the song sections perform as choral groups, the students in the plays create elaborate backdrops and staging, and the individual orators stand literally in the spotlight.  This year, the event is not only being shown virtually but is also being created that way, with each student in a separate location during filming and the group performances coming together via editing and platforms like Google Hangouts and Zoom.

“It’s safe to say that this will be the most original Nykerk ever,” said Dr. Ellen Awad, who is associate dean of student life and staff adviser for Nykerk.  Awad speaks from experience — she’s not only worked with Nykerk for the past 25 years as a member of the staff, but as a 1990 Hope graduate was also a participant as a student in the latter 1980s.

“Our whole goal with pulling this off is that we didn’t want Nykerk to be a super-spreader event,” she said.  “We’ve just been really careful and creative about making sure people aren’t spending a lot of time together face-to-face.  People won’t have masks on, but that’s because they won’t be in a space where they could infect others.”

Preparations for the change began even before the start of fall-semester classes in August.  Awad has nothing but praise for the student organizers for the good spirit and flexibility with which they’ve worked to continue the long-running traditional contest despite the circumstances.

And while no one would have chosen this year’s format, it is providing at least one unique opportunity (beyond enabling anyone in the world with an internet connection to watch).  Nykerk’s winner is determined by a panel of nine judges, who like the audience are normally on-site for the contest.  Given the virtual format, this year’s judges include former Nykerk participants on both costs and in between.

The Nykerk Cup competition is named in honor of the originator of the program, John Nykerk, a professor, college dean and founder of the Hope College Department of Music.  It was first held on March 16, 1936, and took place twice in 1939, the year that it transitioned from the spring semester to the fall semester.

Nykerk has never been canceled.  The only postponement on record was in 2008, when a campus norovirus outbreak caused the event to be delayed to the following weekend, which also prompted a relocation from the Holland Civic Center — Nykerk’s venue at the time — to Central Wesleyan Church.

The sophomore Class of 2022 won last year’s Nykerk, which was held on Saturday, Nov. 2.