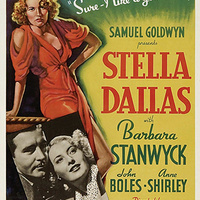 One Night Only Series: Stella Dallas

“Stella Dallas” will open the series on Nov. 25. The 1937 drama-romance stars Stanwyck, John Boles, Anne Shirley and Barbara O’Neil. When Stella Martin (Stanwyck), a working class woman, meets and marries the wealthy Stephen Dallas (Boles), they quickly have a daughter named Laurel (Shirley). Stella and Stephen struggle to stay happy as their class differences become a problem and decide to separate, with Laurel being caught in the middle of the divorce. Soon, Laurel becomes the center of Stella’s life as she struggles to be a good mother. However, Stella realizes that her daughter can flourish quite well without her.