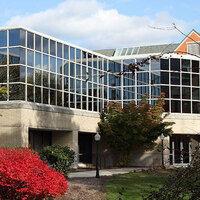 "Plasma Physics - Unleashing the power of the Sun" by Zachary R. Williams, University of Wisconsin-Madison, Department of Physics

The current state of energy economics points urgently towards the need for an alternative energy source; one with less deleterious effects on the environment, and more prospects for longevity, as our society energy consumption will only increase with our technology. This hunt for alternative energy motivates a large portion of the field of plasma physics. Plasma is the fourth state of matter, consisting of gases that have been heated to the point at which the thermal energy of ions and electrons overcome Coulombic attraction, creating an electrically charged fluid that interacts with itself and external electric and magnetic fields in complicated and interesting ways; a prime example of this being our own Sun. The connection of plasma physics to alternative energy comes through the process of nuclear fusion, in which nuclei are combined at incredibly high temperatures which result in a massive release of energy; this occurs in the Sun and all stars, which are necessarily in a plasma state due to the extremely high temperatures. This talk will cover a brief introduction to important concepts in plasma physics, highlighting both experimental and theoretical efforts that are ongoing around the world to achieve nuclear fusion through a knowledge of plasma physics. Additionally, the notion of turbulence within the context of plasmas will be introduced and discussed, with an emphasis on theoretical and computational methods used to understand this dynamically complex system and some important knowledge that has gained through these methods.