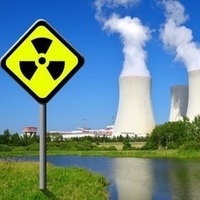 Visiting professor Shintaro Namioka will be presenting, "The Nuclear issue in Japan's elections; Why is it so difficult to make the nuclear power plant safety an electoral issue?

This lecture will highlight the mobilization of the notion of political crisis in the debates that accompanied the regional elections in Niigata prefecture in October 2016. Niigata is host to the TEPCO (Tokyo Electric Company) owned Kashiwazaki-Kariwa nuclear power station, the largest nuclear complex in the world in terms of net electrical power rating. This complex comprises seven nuclear reactors of the same type as those of Fukushima Daiichi, all of which were shut down following the March 2011 nuclear disaster. The elections of October 2016 showed that a conception of nuclear crisis as political crisis is capable of mobilizing heterogeneous political actors in the creation of a common front against the restarting of the nuclear complex.

Sweet and salty refreshments will be provided.