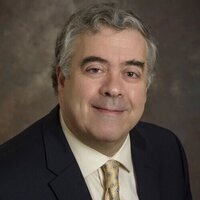 St. Benedict Lecture - “Science and Religion: The Myth of Conflict”

The Saint Benedict Institute will feature the address “Science and Religion: The Myth of Conflict” by Stephen Barr of the University of Delaware faculty on Thursday, Oct. 24, at 7 p.m. at Hope College in Winants Auditorium in Graves Hall.

Barr will speak on the perception that there is a conflict between science and religion, which he explains is largely based on certain misconceptions about Christian belief, an outdated view of scientific history and a skewed interpretation of what science has actually discovered about the world. His discussion will touch on theology, science and several discoveries of 20th-century physics that he notes point to the traditional religious view of the cosmos.

Barr is a professor of physics and cosmology at the University of Delaware.  His physics research centers mainly on “grand unified theories” and the cosmology of the early universe. He has written extensively and lectured widely on the relation of science and religion. He is the founding president of the Society of Catholic Scientists, an international organization which started in the summer of 2016 and has grown to more than 1,000 members in 38 countries. (www.catholicscientists.org).

The lecture is co-sponsored by the Corpus Christi Foundation and Hope College’s departments of geological and environmental science, neuroscience, philosophy, physics, sociology and social work, and religion, as well as Campus Ministries, and the Office of the Dean for Arts and Humanities and Office of the Dean for Natural and Applied Sciences.

The Saint Benedict Institute is a ministry of St. Francis de Sales Catholic Church in Holland. It seeks to promote and nurture intellectual work done from the heart of the Catholic Church, to foster an ecumenical community of Catholic Christians and friends committed to the renewal of culture, and to aid in the formation of intellectually and spiritually mature Christians by making available the riches of the Catholic tradition to Hope College and the wider community. More information can be found at saintbenedictinstitute.org.

Graves Hall is located at 263 College Ave., between 10th and 13th streets.