They Say Nothing Stays the Same | Spring Film Series 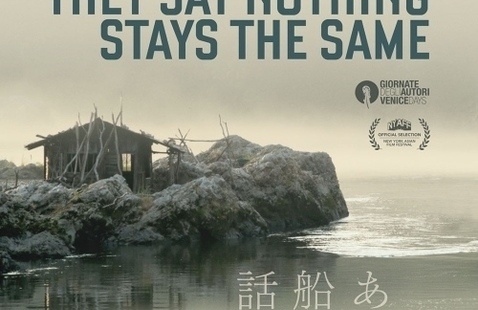 Knickerbocker Theatre, Main Theatre View map $7 for regular admission and $6 for senior citizens, Hope College staff and faculty, and children.
Add to calendar
Save to Google Calendar Save to iCal Save to Outlook

On Monday-Saturday, Feb. 21-26, the series will feature the Japanese drama “They Say Nothing Stays the Same,” the debut directorial film by actor Joe Odagiri. The film follows an old ferryman in a remote Meiji-era community, whose peaceful, cyclical life is given meaning by the essential role he plays in transporting people, livestock and goods across the water, connecting villages and lives. His placid existence is disturbed by two events: news that a bridge is being built nearby, which would void the need for his services, and the appearance of a mysterious young woman whom he saves from drowning. Cinematographer Christopher Doyle’s classical approach mirrors the film’s thematic concern with those fondly-remembered traditions sacrificed in the name of progress. The film is in Japanese with English subtitles and is not rated.

$7 for regular admission and $6 for senior citizens, Hope College staff and faculty, and children.