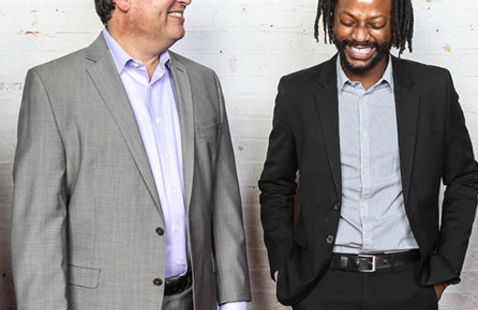 Jack H. Miller Center for Musical Arts, Concert Hall View map Adults $23.00, Seniors/Hope Faculty & Staff $17.00, Children 18 and under $6.00, No Cost for Hope Students
Add to calendar
Save to Google Calendar Save to iCal Save to Outlook

https://turtleislandquartet.com/
View map
Add to calendar
Save to Google Calendar Save to iCal Save to Outlook

The two-time Grammy-winning quartet returns to Hope College, this time with acclaimed pianist jazz Cyrus Chestnut. The collaboration is infused with the global reach of gospel and sacred music- ranging from the Appalachian Mountains to the spiritually defined musical landscape of J.S. Bach.

Dipping into the rhythms of world cultures, these five multi-stylistic singularly, gifted musicians come together to embrace the transcendental power of great music. A moving night of Ellington, Bill Monroe, Bill Withers, Coltrane, and more.

Winners of the 2006 and 2008 Grammy Awards for Best Classical Crossover Album, Turtle Island fuses the classical quartet esthetic with contemporary American musical styles. Since its inception in 1985, the Turtle Island Quartet has been a singular force in the creation of bold new trends in chamber music for strings. Turtle Island has performed with various artists including Grammy Award winner Billy Taylor, nine-time Grammy Award winner The Manhattan Transfers, and singer Nellie McKay.

Cyrus Chestnut was called “the best jazz pianist of his generation” by Tim Magazine. From growing up playing in a church to playing with jazz greats such as Dizzy Gillespie, Chick Corea, and Terrence Blanchard, he continues to create a style that is hard describe but great to listen to.

“Impeccable precision in its pitch and coordination…ebullient!” -The New York Times

“…the ability to create the best rock, jazz, rock, bluegrass and the rest in sonorities that are rich, transparent, balanced and blessedly lightly amplified” - The Washington Post

“The pianist Cyrus Chestnut is one of jazz’s most convincing anachronisms. His brand of crisp articulation and blues-inflected harmony evokes another era…What makes his music fly is a complete security in his style, and that sense of untroubled self-assurance.” — New York Times