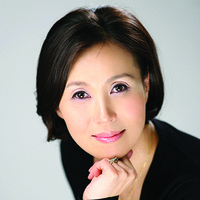 MeeAe Nam, soprano, will perform at Hope College as a guest artist on Monday, Sept. 23, at 7:30 p.m. in the John and Dede Howard Recital Hall of the Jack H. Miller Center for Musical Arts.

“Soprano MeeAe Nam has a voice of surprising power for so petite a frame, accurate in intonation, well-supported in delivery and with sly bits of interpretation thrown in,” The Denver Post has said.

Nam has appeared as guest artist with numerous ensemble groups and festivals, such as the Colorado Symphony, Boulder Philharmonic, Colorado Summer Music Festival, Vianden International Music Festival and the Concert Series of the Salzburg Summer Music Festival. She has a rich performance experience as a soloist in recitals, oratorios, sacred music, chamber and orchestral concerts, and stage works throughout the United States, Germany, Austria and South Korea.

In addition to her position as professor of voice at Eastern Michigan University, she has been on the faculty of the Church Music Association of America and at the Vianden International Summer Festival and School in Luxembourg. Nam has also recorded a CD called “Songs of Gouvy.”