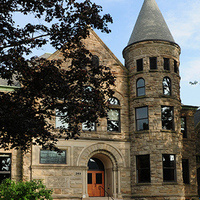 Doors open at 6:30pm for networking.
Films begin at 7:00pm and will be followed by a panel discussion.

The U.S. scientific community has long led the world in research on public health, environmental science, and other issues affecting the quality of life. Our scientists have produced landmark studies on the dangers of DDT, tobacco smoke, acid rain, and global warming. But at the same time, a small yet potent subset of this community leads the world in vehement denial of these dangers.

In their new book, Merchants of Doubt, historians Naomi Oreskes and Erik Conway explain how a loose–knit group of high-level scientists, with extensive political connections, ran effective campaigns to mislead the public and deny well-established scientific knowledge over four decades. In seven compelling chapters addressing tobacco, acid rain, the ozone hole, global warming, and DDT, Oreskes and Conway roll back the rug on this dark corner of the American scientific community, showing how the ideology of free market fundamentalism, aided by a too-compliant media, has skewed public understanding of some of the most pressing issues of our era.