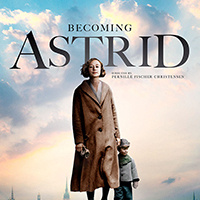 “Becoming Astrid,” running Monday-Saturday, Jan. 14-19, depicts the early years of Swedish author Astrid Lindren, the author of more than 100 children’s books, including the Pipi Longstocking series. Teenage Astrid breaks free of the confines of her conservative upbringing in rural Sweden, accepting an internship at a local newspaper and later becoming pregnant after attracting the attention of the newspaper’s editor. After reluctantly leaving her son, Lasse, in the care of a foster mother, she goes into self-imposed exile in Stockholm. When the foster mother falls ill, Astrid uses her imagination and flair for storytelling to reconnect with her son, establishing a newfound courage that will later form the foundation of her work. The film is in Swedish with English subtitles and is not rated.