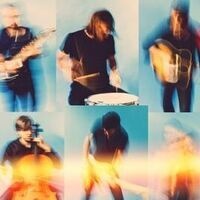 Young Oceans will perform at Hope College on Wednesday, Sept. 11, at 7:30 p.m. in Dimnent Memorial Chapel.

Young Oceans is an artrock worship group from Brooklyn, New York.  The band’s self-titled debut was named a Top 10 album of the year for 2012 by Relevant Magazine and spawned the companion instrumental collection “Before the Beginning” and a follow-up EP title, “Advent.” Young Oceans continued with the album “I Must Find You” in 2014, and two years later released “Voices, Vol I,” which features a number of guest vocalists. The album “Suddenly,” was released in 2017 which saw the band’s first tour and the group’s most recent album, “Among the Ruins,” was released in 2018.

Dimnent Memorial Chapel is located at 277 College Ave., at the corner of College Avenue and 12th Street.

The Young Oceans concert is sponsored by the college’s Campus Ministries program and is among a variety of events scheduled at Hope in conjunction with the Friday, Sept. 13, inauguration of Matthew A. Scogin as the college’s 14th president.  Others include a showcase featuring faculty and students of the college’s departments of art and art history, dance, music and theatre on Thursday, Sept. 12, and the 54th annual Hope-Holland Community Day on Saturday, Sept. 14.  More information about the inauguration and related events is available online.